From Google to Amazon, the giants are getting serious about healthcare innovation

In recent years, Google and their parent company Alphabet have been seriously investing in the health sector. Google Health – conceived in 2006, discontinued in 2012 and restarted in 2018 – “is committed to helping billions of people be healthier through products and services that connect individuals and bring meaning to health information”.

At the end of March 2021, they staged their second “Check Up” event. This year, they focused on how Fitbit is supporting heart health, improving access to health information and care, how YouTube is making high quality health information available to everyone, and the equality of access to health information worldwide. Some of their more recent advances include a radar to help computers read human body language and an AI dermatology assistant. You can also see how they are using AI to turn smartphones into stethoscopes and other at-home disease screening tools, including for diabetic and heart valve disorders.

Although it’s not just the Google gang who’ve got their foot on the gas...

Research was recently presented at American College of Cardiology’s 71st Annual Scientific Session (ACC), which showed that wearable-device data on heart rate and rhythm may be less accurate for people with darker skin tones. Researchers reviewed ten previously published studies involving a total of 469 participants and concluded that "algorithms are often developed in homogeneous white populations, which may lead to results that are not as generalizable as we would like."

The #ACC2022 also saw the release of results of a massive Chinese smartwatch study, which had screened more than 2.8 million participants for signs of atrial fibrillation.

Have you ever thought you would take your medicine by hearing it?

Most likely not, but in a new study, researchers have been experimenting with audio “digital drugs” - using digital sounds to feed conflicting sound frequencies into each ear. By tuning in to these 'binaural beats', patients found that it reduced pain, enhanced memory and eased anxiety and depression.

In the social media world, TikTok has launched a music distribution platform, SoundOn which allows artists to upload their music directly to multiple streaming platforms. SoundOn will distribute the music for free and pay 100% of royalties to its creators. TikTok has also expanded its maximum video length to 10 minutes, challenging YouTube with longer-form content. YouTube has hit back by introducing short-form videos to compete with TikTok.

Amazon is jumping on the bandwagon too having just recently entered the live-audio industry with its new “Amp” app. This is Amazon's answer to Clubhouse, Greenroom and Spaces.

Medtronic hopes to cut down on the inaccuracies in a standard colonoscopy through the use of AI. Their new device claims to increase the number of precancerous polyps detected during a colonoscopy according to research recently published in Gastroenterology – the journal for the American Gastroenterological Association.

Meanwhile, researchers have used AI to map people's subjective experiences while using psychedelics to specific regions of the brain, with the aim of finding new psychiatric treatments. It has been found that psychedelics can dramatically reduce symptoms of depression and anxiety.

Researchers from the Technical University of Munich (TUM) and the University of Western Australia are aiming to 3D print artificial heart valves made from a patient’s own cells that grow as the individual ages.

Finally, next time you want to speak to a doctor, ask Alexa! Amazon has partnered with Teladoc health so that users with an Amazon Echo device can ask to speak to a doctor for non-emergent medical care, and Alexa will connect them with the Teladoc call center. This is the technology’s first attempt at providing on-demand general medical care.

That’s all for this month. Check back in May for more inspiring innovation!

At AS&K, one of our key values is Being Curious ‒ asking what if, why not, could we? The Word From the Web blog series is one example of how we are horizon scanning and infusing the latest innovations throughout our medical communication services. Want to learn more about how AS&K can help you stay in front of the latest trends? Contact our Business Development Director, Alana Zdinak at alana.zdinak@asandk.com today! 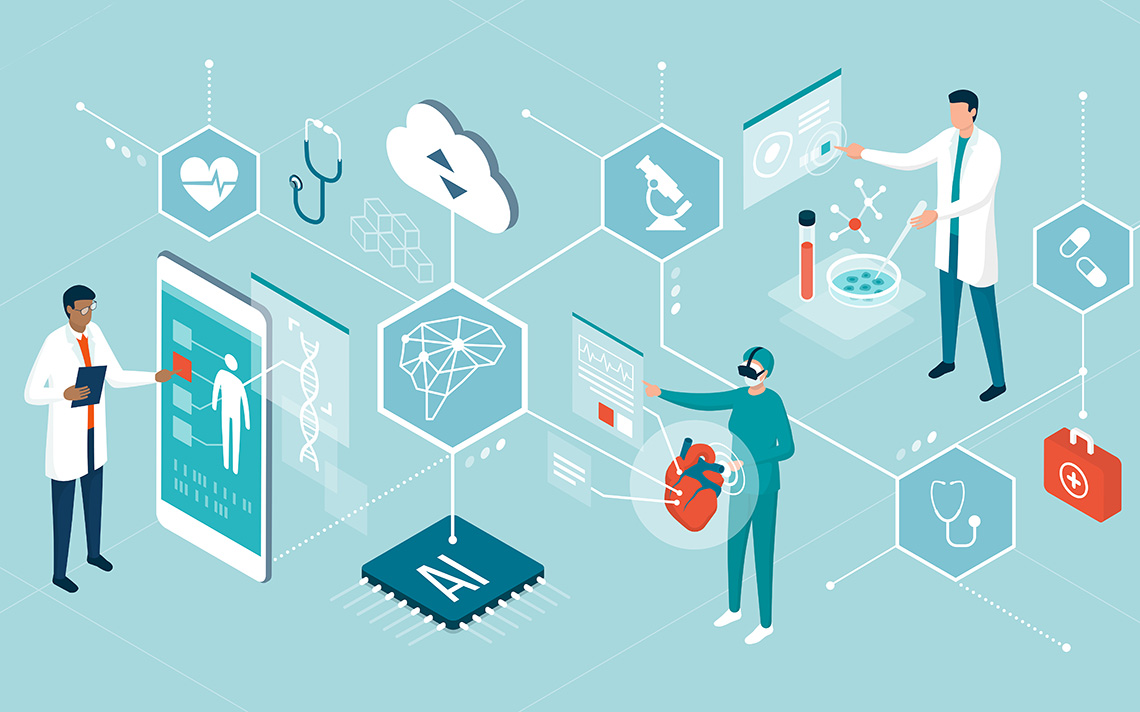